Khyber Medical College, the first Medical College of Khyber Pakhtunkhwa came into existence on 2.5.1954. Fulfillment of the Pakistan Medical and Dental Council requirements necessitated the creation of a Teaching Hospital. Initially Lady Reading Hospital Peshawar. The District Headquarter Hospital was utilized for the purpose. But sooner the need was felt to have a purpose-built teaching hospital in close proximity of the College. Plan for such a hospital was initiated in 1958 and the idea finally materialized when General Mohammad Musa, the Governor West Pakistan, laid the foundation stone of Khyber Teaching Hospital (at that time name as Ayub Teaching Hospital) on 30th November, 1967. Khyber College of Dentistry, as a department of Dentistry in 1964 was created.It was upgraded from the status of a department of Khyber Medical College in 1990. Dr. Ahmad Iqbal was appointed as first Chairman and Principal of the Khyber College of Dentistry. The first batch graduated in 1968 and Pakistan Medical and Dental Council accorded recognition to B.D.S degree in November, 1968. From the modest start it has grown to become a fully developed teaching institute with its modern Oral and Dental hospital. Surgeries, Operations theater and wards were included in its building with pace of time. Khyber Teaching Hospital, was commissioned in 1976 for the development of scientific and research base of the provenance. It is octagonal in shape with extension of Y shaped wings in the form of units. The present capacity of beds is 1202.The recently constructed underground passage and the over head bridge have made safer the smooth flow of patients and students between KMC, IRNUM and KTH. During this period of 1976 to 2000 additions and deletions taking place within the developmental phases of the 3 tertiary care hospitals namely LRH, HMC made these institutions more effective, viable and productive for the beneficiaries i,e patients undergraduate and postgraduate trainees playing major role in human resource development in the health sector. Prime Minister of Pakistan Imran Khan Inaugurated New OPD Section at KTH
Prime Minister Imran Khan inaugurated the newly OPD section located at basement of KTH. This includes 16 procedures rooms for outpatients, pathology and diagnostic services, pharmacy, radiology, blood bank, laundry, and central sterile services department.
The government of Khyber Pukhtunkhwa had granted Rs. 700 million to the KTH administration for the scheme. Furthermore he congralaute the Health minister Mr. Taimur Khan Jhagra, KTH management & Board of Governance for project completion.
Moreover he said that it’s not a routine work by passion this achievement become possible which can be clearly seen, good appearance and cleanness is one aspect but do remember doctors and medical staff put their efforts for the betterment of hospital & good hospital attracts medical workers when they see beautiful environment.
He concluded that it’s stated to be one of the finest buildings in public sector where all the health facilities are available under one roof. 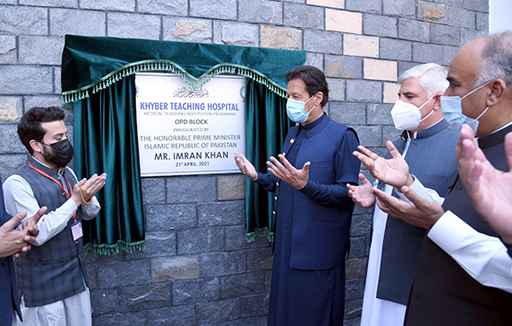 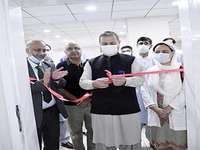 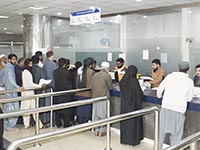 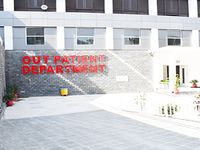 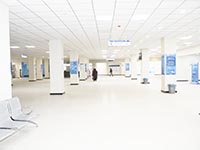 Khyber Teaching Hospital (KTH) Peshawar has been providing tertiary health and teaching facilities to local population in KP ever since 1976. Established over a covered area of 962,000 square feet on busy Jamrud Road, this 1202 bed hospital caters for the health requirements of over 500,000 patients an year. However with massive increase in urban population during Afghan war (1978-98), its ability to serve the local population has been seriously impaired. The local population has also grown manifolds admission and treatment facilities domestically. Coupled with presence of 0.6 million Afghan refugees and their rush on this hospital, the institution seems over burdened given its present physical size, administrative human resource and financial position. 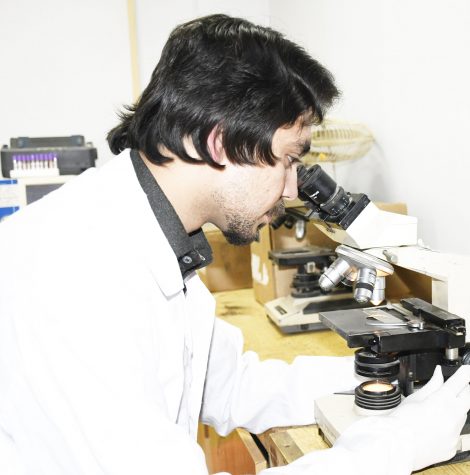 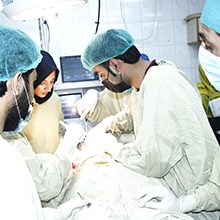